You often as us what to do after a paddling trip in our base. We almost recommend Paklenica National park in some context. It’s near, it’s awesome and there is tons of things to do.

We’ve written a number of posts and pages about the hiking trips to the mountain tops that lie behind the Paklenica gorge. This one is more about what lies immediately around the gorge, namely the long pitch routes. So, what to expect in Paklenica and how many days to dedicate to this great National Park if you’re into climbing?

If there is one place in Croatia where you may want to do a multi-pitch climb on your trip here, it’s probably Paklenica. Expect a carbonate rock and, unless you are climbing grades 3-4a, solid rock with beautiful climbs. You’ll find most of the routes bolted, some with longer runouts, particularly on top of Anića Kuk – the highest cliff in the area that has some of the longest routes (up to 350m).

The new Paklenica guidebook has been released in 2017. It features both photographs and sketches of the routes (earlier ones had only sketches) that make for easier orientation in the rock. In the introductory part, you have a short history of the longer routes – which ones were set up first, which are the ‘classics’. It’s good to read it before planning your climbing days. Note that some of the older, first climbed routes have very ‘hard grades’. Not all – but some do.

On the other hand, some of the other popular routes may surprise you on the other end. For example this weekend we climbed ‘Nostalgia’ and noticed that the 5c and 6a sections were actually much more demanding (6a+ish) than the final two 6b sections. Btw, I highly recommend that route (Nostaligija) which, as the guidebook rightfully points out, is of very reasonable climbing difficulties. Absolutely ideal if you starting your outdoor climbing season and are returning to your 6c-7a climbs.

There is only so much that a guidebook can tell you. It’s always good to ask around for tips and route suggestions and experiences of other climbers. The place to do that for Paklenica is Dinko’s restaurant down in Starigrad. Dinko himself no longer climbs. He is still quick in flying between the tables of his terrace and you’ll find some of the routes barring his name. One of his sons, Marin, is an ardent and capable climber and will be your perfect person to ask questions about the specific route you’re planning to do.

If you’re travelling alone and looking for your climbing buddy, Dinko’s would be the place to check out. It’s here that from all around Europe hang out on rest days or if they are looking for a partner.

Without further due, here are a few snapshots from a multi-pitch climb on bolted routes in Paklenica National Park last two days. 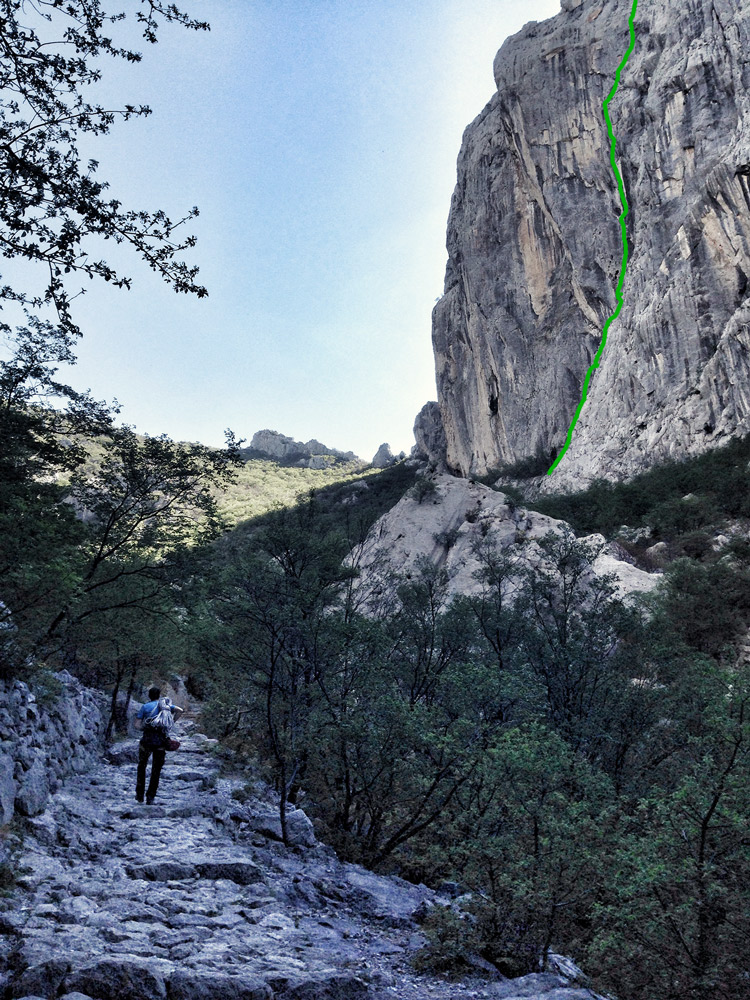 On first day we were climbing route Nostalgija (6b) in Anica Kuk cliff. Here approaching the cliff from the Paklenica gorge.

Third pitch is a 5a. Hrvoje moving up along the crack.

In the meantime, opposite from us an unknow climber moving along the Stup sector with great views of the gorge and our kayaking island base the far back. 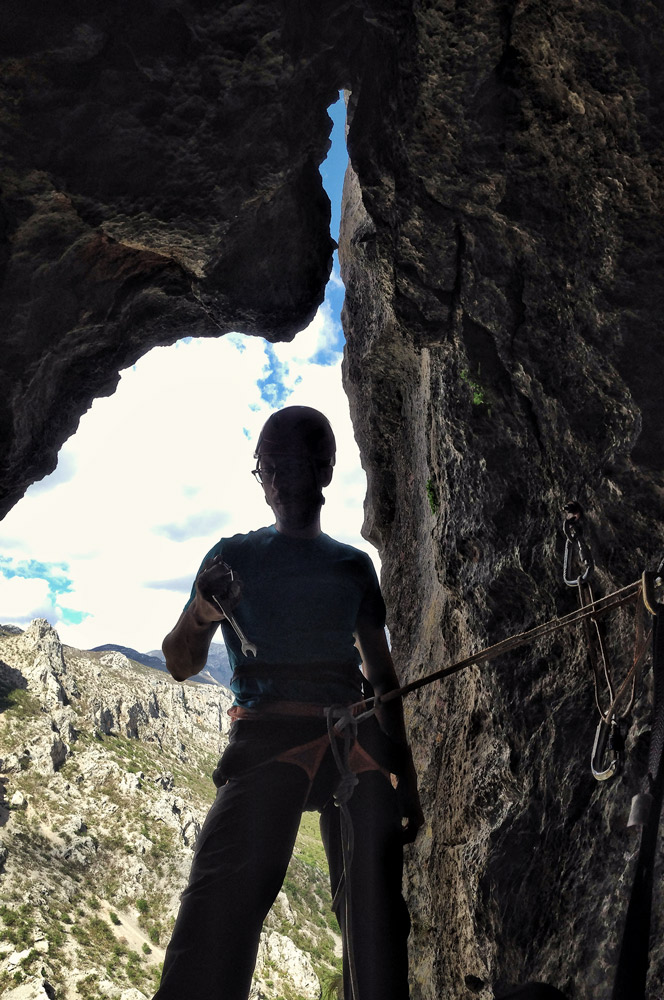 Before the 5c pitch, we get ready to fix one of the anchor points that is missing. We later realised it is actually in the crux of the hardest sections of the route. Practicing some static strength while putting the anchor in. 🙂 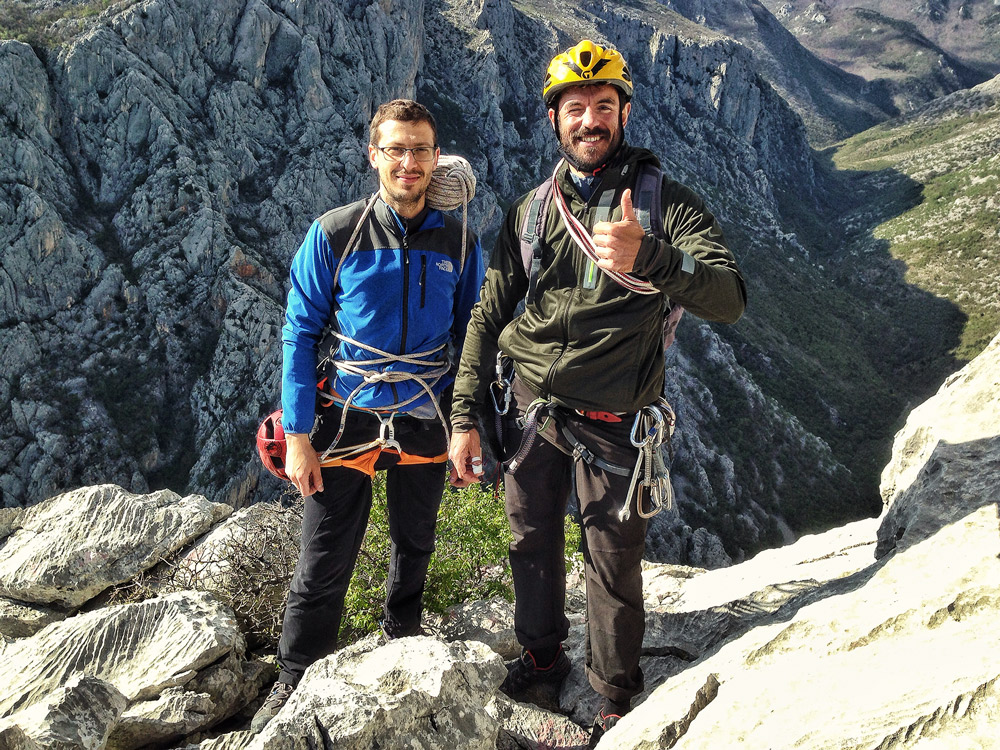 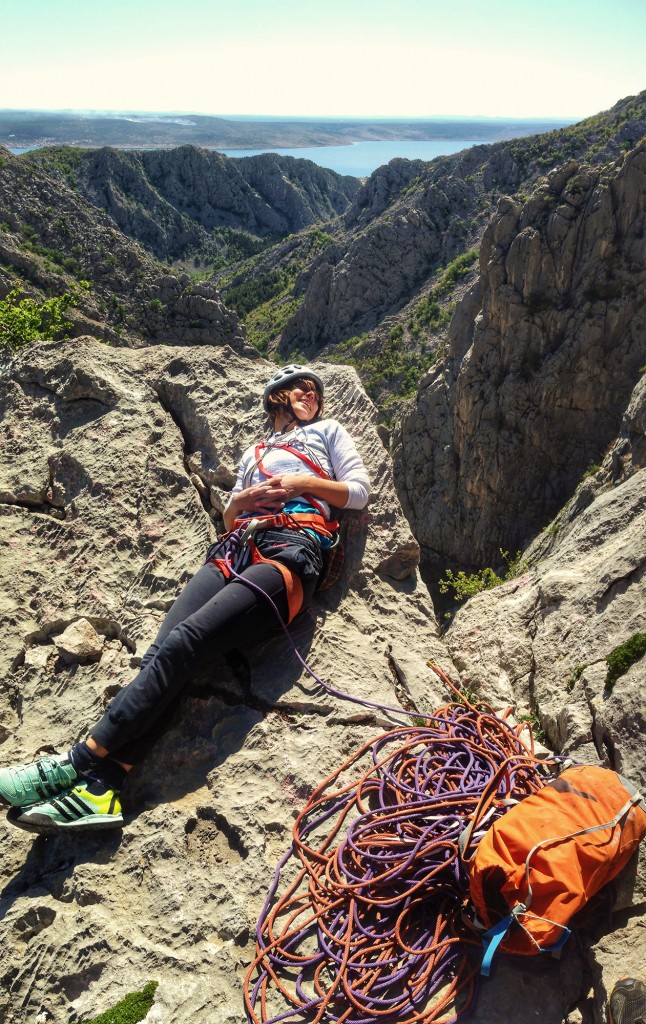 High up on top, soaking the sun…

…and enjoying the view before the abseil.

This is exactly what weekends are all about: inspiring outdoors, moving your limits, earning your view and sharing it with great people.

‘Moving your limits’ isn’t necessarily about the highest mountains, deepest canyons or oldest ruins. But it is about great adventures. It’s about that constant pursuit of world’s secrets – cultural as well as natural. It’s about how we move in nature and raise our expectations about each and every place in the world – moving our mental and physical limits on the way.

How did outdoor adventures prepare me for the (Covid-19) crisis?